I grew up in a Welsh village in an area of outstanding natural beauty (Mumbles, Gower). Unlike many of my peers, rugby was not an option. At the age of five I was diagnosed with a congenital cataract which at that time prohibited any future pursuit of contact sports, much to my dismay!

With such diverse landscapes on my doorstep, The Gower provided many alternatives to what some may say is the traditional Welsh upbringing.

WHERE IT ALL BEGAN

My sporting career started at the Mumbles Yacht Club, where I learned to sail and develop my competitive edge. During these early years I went on to represent Wales and Great Britain in varying boat classes.

Whilst sailing took care of after school sports, I was not left with many options during P.E. My typical P.E. lesson would consist of me running around the fields whilst the other boys played rugby. Oddly enough this meant my name was first on the team sheet for the School Cross Country Team, progressing to represent County and Wales through my teens.

It was on the bus back from an event that Mrs. Smith (Biology Teacher and Ironwoman) asked had I ever considered the sport of triathlon. My answer was. What’s Triathlon?

The rest as they say is history…..

MY JOURNEY FROM TWO TO FOUR WHEELS

On the 10th September, 2016 my life and planned journey changed forever. I sustained a spinal cord injury near the T6 vertebra.
I was paralysed from the rib cage down and my ability to ride my bike was snatched away in a moment.
From this time on it seemed like every day brought new challenges both physically and mentally.

Moving from independence to being dependent on medical professionals, family, friends and at time strangers and not forgetting most importantly, my four wheels, brought with it humility and the understanding that at times it is
okay to not be okay.

I remember the first time I cried after the crash. At Stoke Mandeville they give you this timetable and I could see that sport was on a Tuesday. I was really looking forward to it, being an athlete, and I hadn’t done anything for two months by that point. I thought if I could make it until Tuesday I would be okay. I got to Tuesday and wheeled myself to the gym, but there was a sign saying that sport had been cancelled. I was in the corridor and I just burst into tears. It broke me; it was the lowest point I have had in my entire journey.

Being the birthplace of the Paralympic movement, the spinal centre at Stoke Mandeville places a huge emphasis on the benefits of sport post injury and as such, I was presented with the opportunity to try a new sport.

I can’t say that I loved rowing the first time I tried it, because I hated it. But it was the fact that while I was in hospital it gave me something to compete at.

I love the taste of iron you get in your mouth from rowing – it was very similar to what you’d get after a time trial on a bike. The main reason why I liked rowing more than other sports is that it got me out of the wheelchair, and that’s the biggest thing for me.

The short film ‘I am able’ describes Ben’s real-word journey to paralympian breakthrough, the pyschological battles along the route and the empowering love of his family.

LATEST POSTS FROM THE COFFEE CORNER 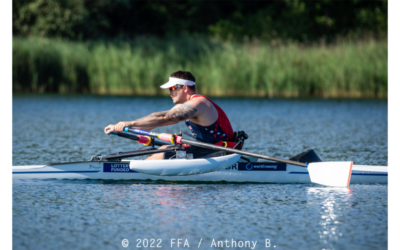 While the rest of the Rowing World had their eyes firmly set on the infamous Henley Royal Regatta Course, the British Rowing Para Squad headed out...

END_OF_DOCUMENT_TOKEN_TO_BE_REPLACED 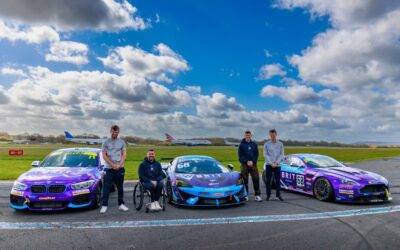 One of our greatest reflections was that we (British Rowing) are slightly behind on chair development and strapping regulations compared to other...

END_OF_DOCUMENT_TOKEN_TO_BE_REPLACED

Hello Everyone! How are we already in April! One thing for sure I am so glad to say that spring is finally here and we are even starting to see some...

END_OF_DOCUMENT_TOKEN_TO_BE_REPLACED
We use cookies on our website to give you the most relevant experience by remembering your preferences and repeat visits. By clicking “Accept All”, you consent to the use of ALL the cookies. However, you may visit "Cookie Settings" to provide a controlled consent.
Cookie SettingsAccept All
Manage consent

This website uses cookies to improve your experience while you navigate through the website. Out of these, the cookies that are categorized as necessary are stored on your browser as they are essential for the working of basic functionalities of the website. We also use third-party cookies that help us analyze and understand how you use this website. These cookies will be stored in your browser only with your consent. You also have the option to opt-out of these cookies. But opting out of some of these cookies may affect your browsing experience.
Necessary Always Enabled
Necessary cookies are absolutely essential for the website to function properly. These cookies ensure basic functionalities and security features of the website, anonymously.
Functional
Functional cookies help to perform certain functionalities like sharing the content of the website on social media platforms, collect feedbacks, and other third-party features.
Performance
Performance cookies are used to understand and analyze the key performance indexes of the website which helps in delivering a better user experience for the visitors.
Analytics
Analytical cookies are used to understand how visitors interact with the website. These cookies help provide information on metrics the number of visitors, bounce rate, traffic source, etc.
Advertisement
Advertisement cookies are used to provide visitors with relevant ads and marketing campaigns. These cookies track visitors across websites and collect information to provide customized ads.
Others
Other uncategorized cookies are those that are being analyzed and have not been classified into a category as yet.
SAVE & ACCEPT